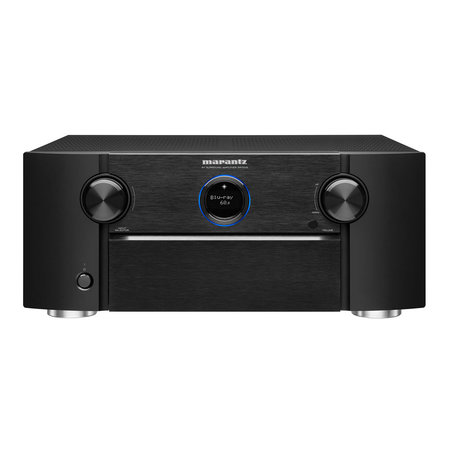 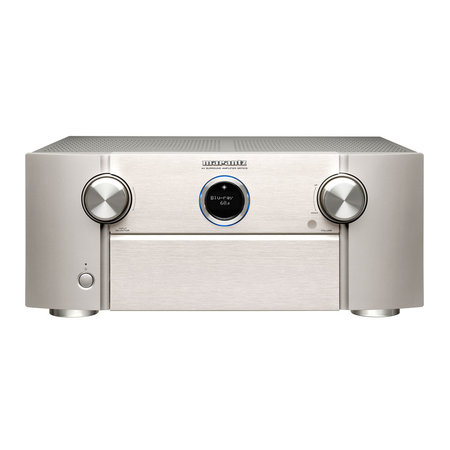 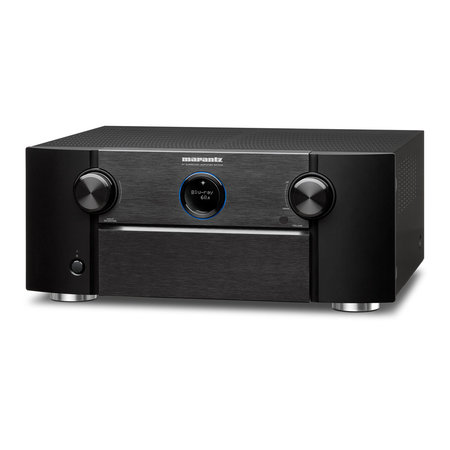 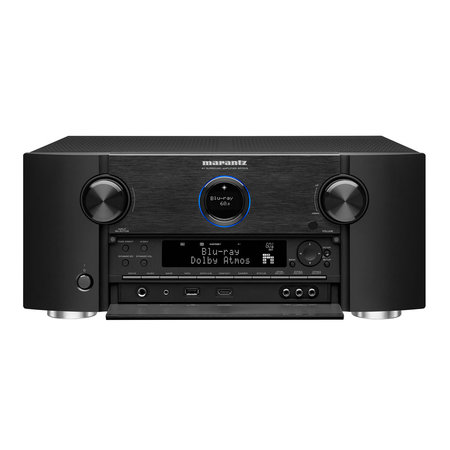 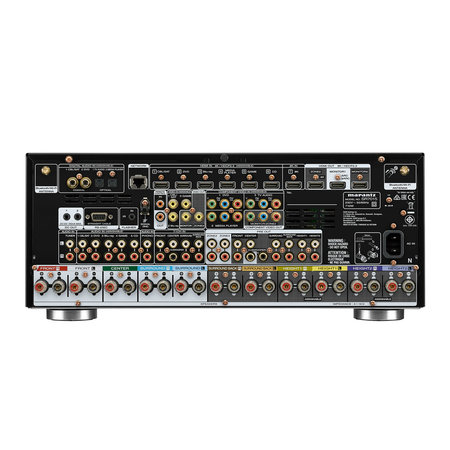 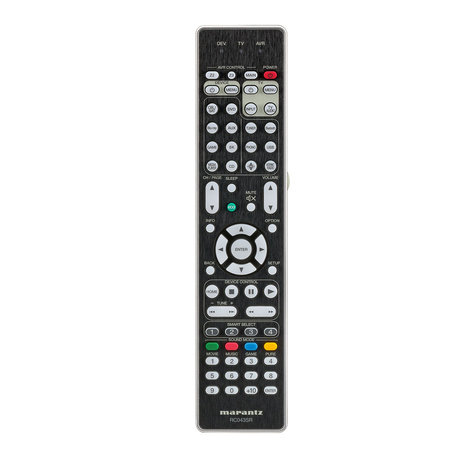 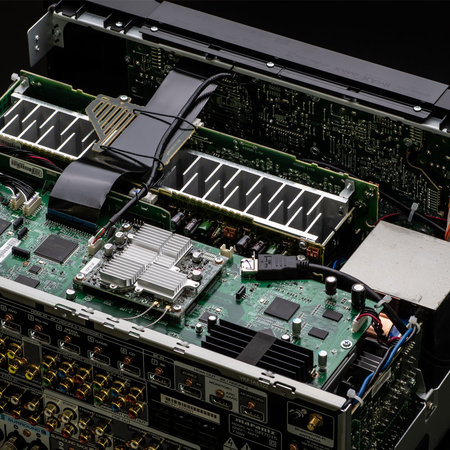 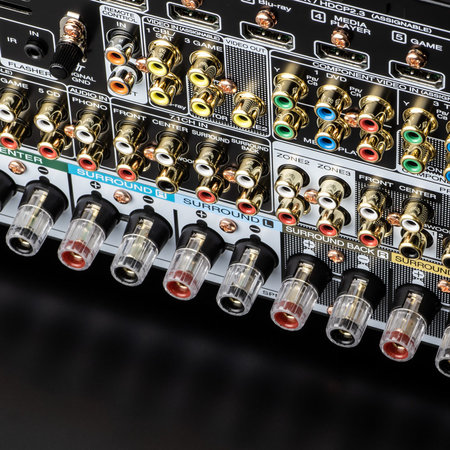 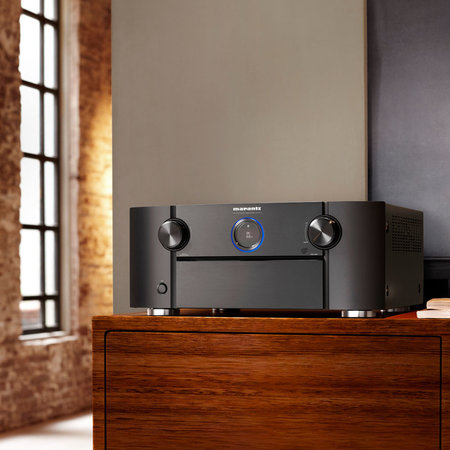 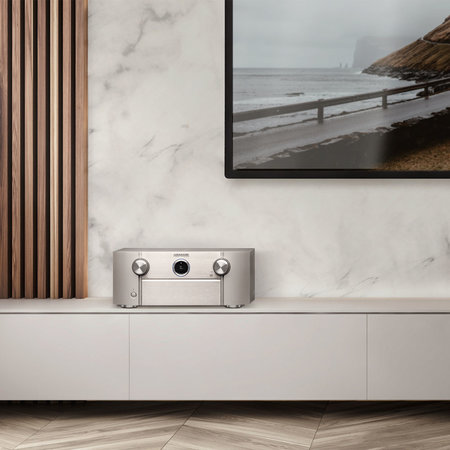 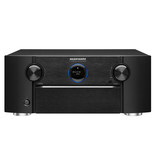 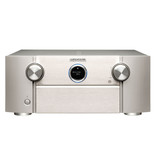 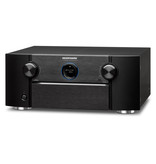 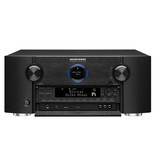 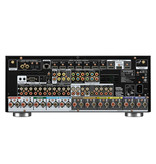 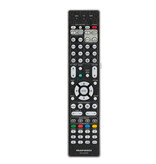 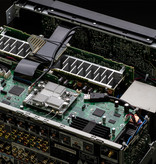 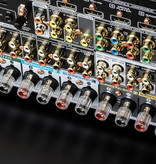 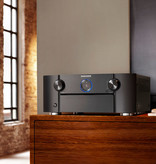 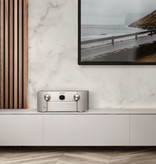 The Marantz SR7015 is a most powerful 9.2 channel surround receiver with a whopping output power of 200 Watts per channel, built-in Internet radio, HEOS multiroom functionality and HEOS streaming technology. With this Auro3D and IMAX Enhanced surround receiver you can transform your living room into a true Dolby Atmos or DTS:X home theater in the blink of an eye.

The receiver is equipped with the famous Marantz HDAM modules, discreetly constructed amplification circuits and a high-quality DAC section. It has two optical, two coaxial and a USB audio input. The receiver is also equipped with a 7.1 channel input, 9.2 channel pre-out, six analogue line inputs and has, especially for vinyl enthusiasts, a built-in MM phonostage.

With the HEOS multiroom and streaming platform you can easily stream music from any of the thousands of free internet radio stations, free music services and paid streaming platforms. If you prefer to stream music with your smartphone or PC, you can easily do so through Airplay 2, Bluetooth or DLNA. The receiver has a built-in DSD-DAC and a Clock Jitter Filter for the highest streaming sound quality possible. Film enthusiasts will be thrilled to find eight HDMI inputs, three HDMI outputs and Bass Sync. HDMI supports virtually all major standards such as eARC, 3D, 8K, HDR10+, HLG, Dynamic HDR, Dolby Vision, 4:4:4 colour resolution and BT.2020. With this Marantz SR7015 you can enjoy your favourite movies, television series and music albums in a highres resolution.

Through the included remote control and the free downloadable HEOS app for iOS and Android this Marantz SR7015 is most easy to operate. The receiver can also be controlled with voice commands through Apple Siri, Amazon Alexa or Google Assistant. In order to set up this receiver in the best possible way for the room this receiver comes with the fully automatic Audyssey MultEQ XT32 room correction system. 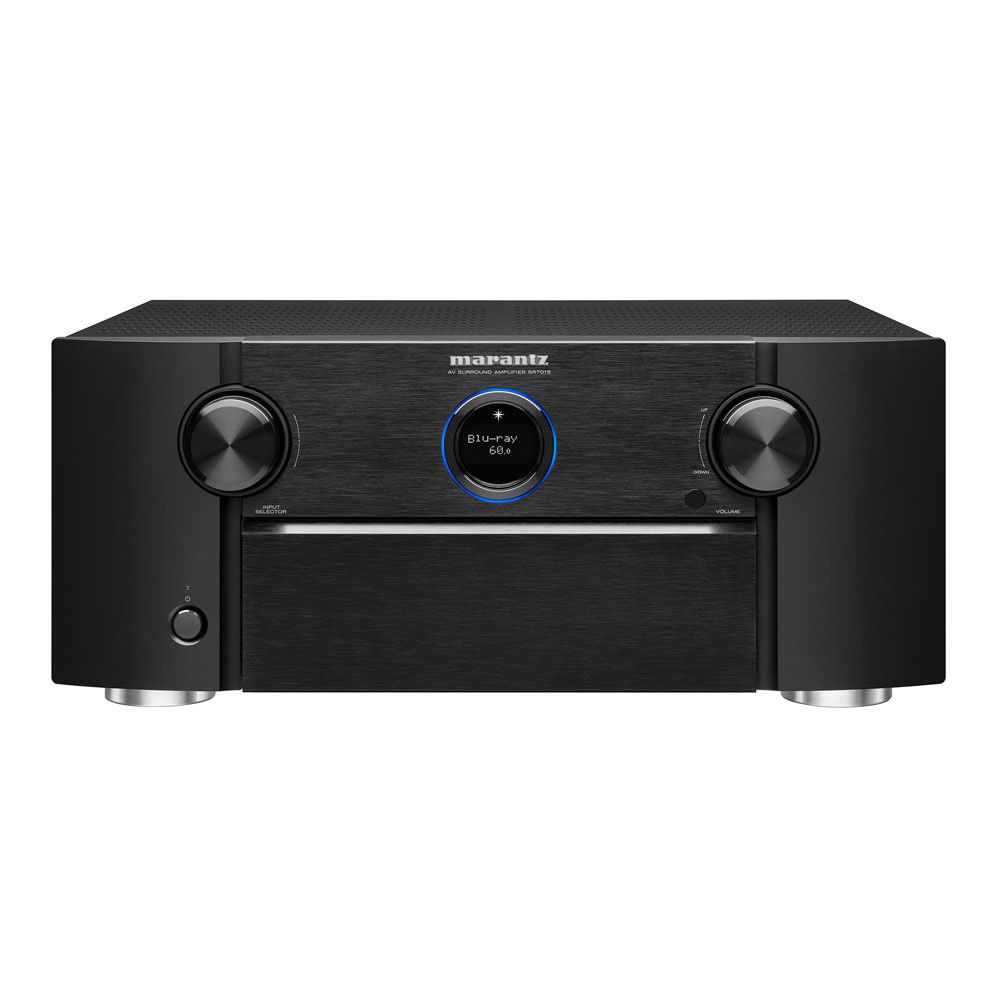 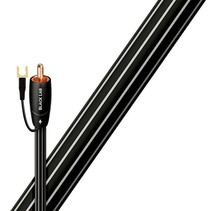