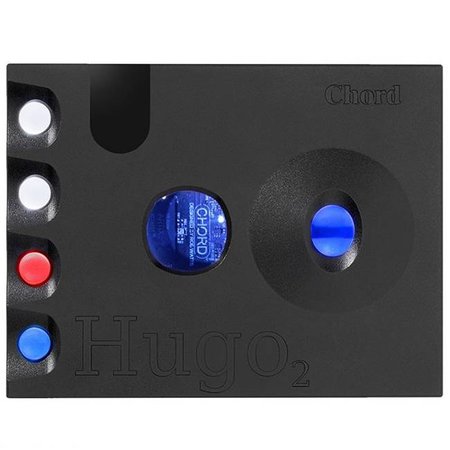 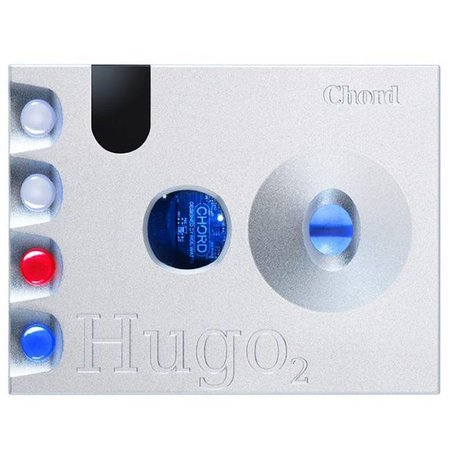 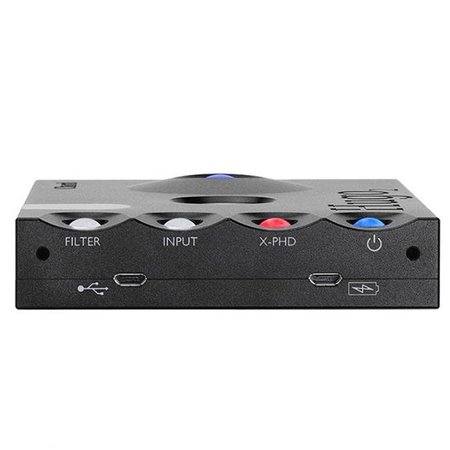 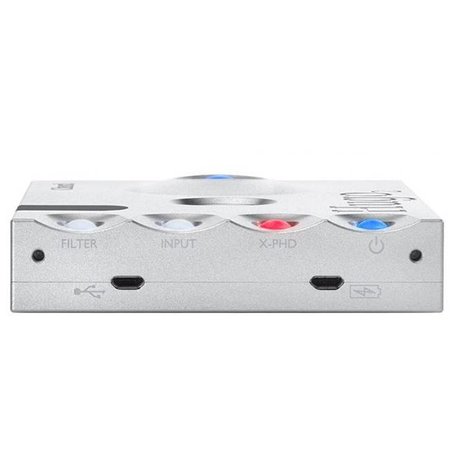 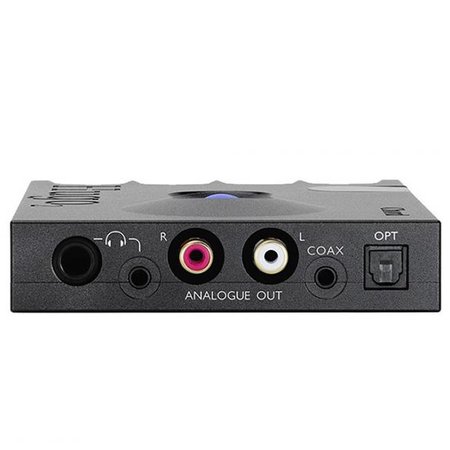 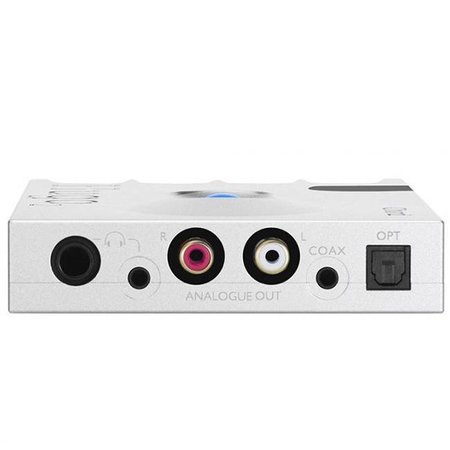 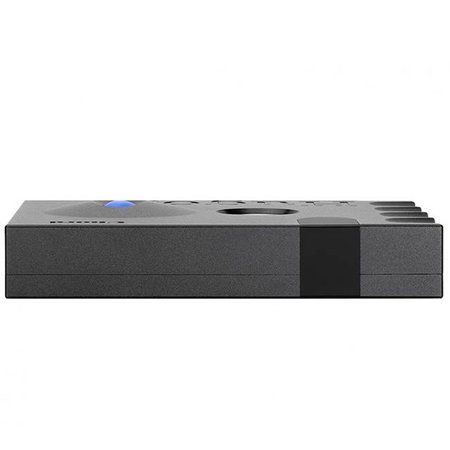 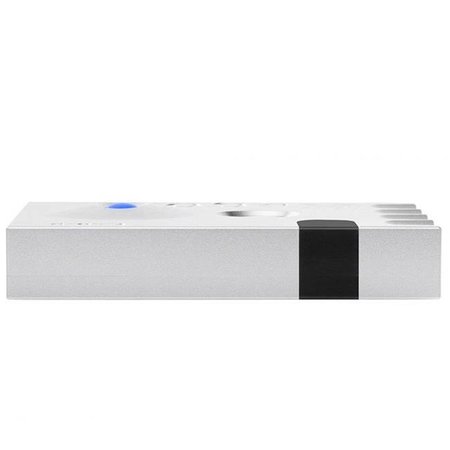 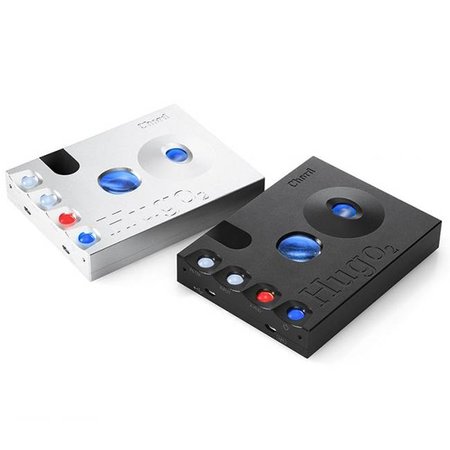 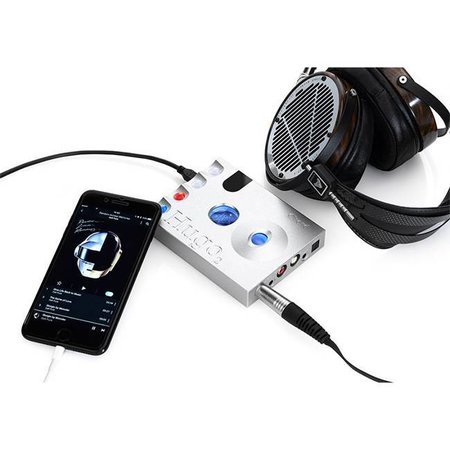 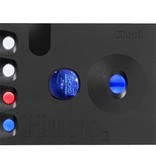 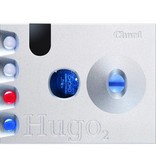 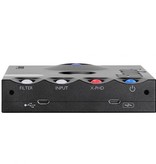 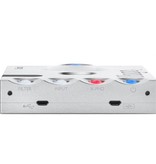 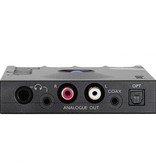 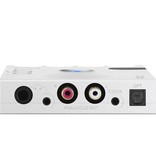 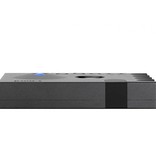 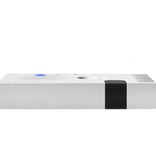 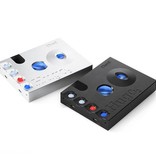 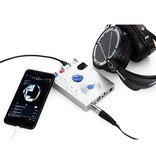 This Hugo 2 DAC/headphone amplifier features a digital optical, coaxial, USB audio and wireless Bluetooth input. Through USB-audio, the Hugo 2 can handle up to a maximum resolution of 32bits/768kHz PCM and up to DSD512. This Hugo 2 has both a 3.5mm and 6.35mm headphone output and a single-ended analog line output.

The digital filtering has four settings: neutral, neutral HF roll-off, warm and warmer HF roll-off. Crossfeed simulates a so-called speaker effect while listening through the headphones and is based on advanced binaural audio research. The playing time on a battery charge is about seven hours and can be recharged using the special Micro-USB port. A clever indicator shows the battery charging status.

Additional functionality with the Chord 2go

New from Chord Electronics is the Chord 2go module for the Hugo 2. With this Chord 2go you can quickly and easily add Ethernet, wireless streaming and microSD storage up to 4TB to the Chord Hugo 2. Simply click this 2go to the side of the Hugo 2 and experience the Chord Hugo 2 with even more functionality and ease of use.

"Chord’s original battery-powered DAC/headphone amplifier was a hard act to follow, but the new Hugo 2 is a giant leap forward. Inside its ultra-modern aluminium case is a custom-coded digital converter and filter that sounds like nothing else around." 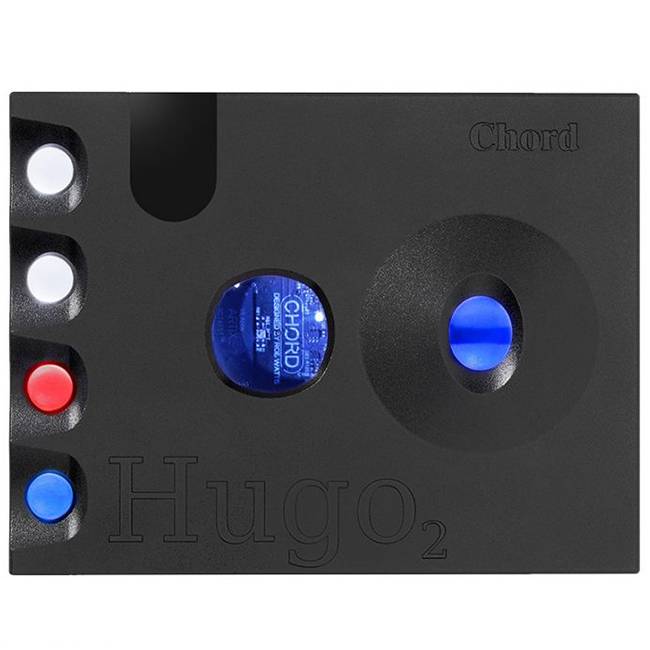 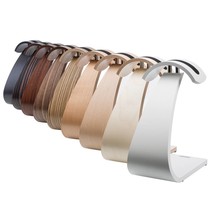 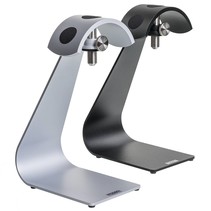 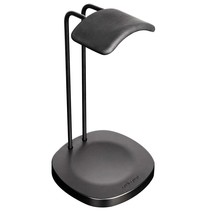 Perfect order. You did your best to déliver it earliest you could. Great product. It seems coming from Mars but i enjoy the design. Perfect sound for me tried with Focal elegia. I just need to download more high res audio files because low music quality is awful with this dac. Congrats Chord for your job. My ears are happy . Thanks a lot to wifimedia. A french customer