A slim, high-performance floorstander designed to blend unobtrusively into your home environment.

Looks can be deceiving. Despite its slim dimensions, the 704 S2 has the commanding presence of a much larger speaker, thanks to advanced technologies such as a dedicated Continuum™ cone FST™ midrange.

Carbon Dome™ tweeters are a brand new technology purpose-built for the 700 Series. Delivering a dramatic improvement on the aluminium double-dome tweeter, they raise the breakup threshold to 47kHz, for pinpoint imaging accuracy and detail.

The midrange driver in the floor-standers feature a decoupled design, adapted from a similar system in the 800 Series Diamond. Decoupling reduces cabinet colouration, and boosts midrange clarity. 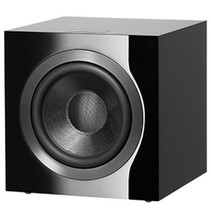